The Kingdom emphasis in the first seven chapters of Acts must be seen, otherwise you might apply to the Church today practices and verses that really do not apply.  For example,  many Churches refer back to Pentecost (a Jewish feast) for their spiritual gifts; but in light of the above analysis, Pentecost gave signs for the Jews in reference to the offer of the Kingdom.  Some who hold to baptismal regeneration point to Acts 2:38 in support of their doctrine on baptism, not realizing that this practice and formula applied only to the Jews.  Jews are always identified as a nation (Israel) unto God, therefore requiring outward identification such as:  the baptism of John, and circumcision.  See Matthew 3:11 and note the baptism that John preached.  John's instruction to be baptized was specifically to the Jews and was not a Christian baptism.  At this point,  Christ had not died and resurrected.  Therefore, John's baptism was not a baptism related to the Gospel, but the kingdom (note verse 2 of chapter 3).  John's baptism was equivalent to Old Testament offerings (washings) that reflected a cleansing of both personal and national repentance.  The severe dealing of Peter with Ananias and his wife (Acts 5) illustrate the judgment of sin during the Kingdom age (yet to come).  Christ will rule and reign with a rod of iron.  Acts 5 is not a rule for church discipline!

Neither Acts 2:38 nor 8:14-15 is the pattern for today.  It is Acts 10:44 that we experience and teach today: While Peter yet spake these words (the Gospel), the Holy Ghost fell on all them which heard the word.  Hear the Word, Believe the Word, Receive the Holy Spirit and then be baptized!

Before we move on, it is important to once again note that all of the epistles (with the possible exception of James) was written during the experiences of Acts chapter 13 and on.  Everything about the epistle of James suggest that it was one of the first New Testament books written.  It was addressed to the 12 scattered tribes.  It was written when the church was still primarily Jewish.  Its many allusions to Christ'' teachings, but independent from the gospels, favor a very early date.  Its emphasis on the Lord's return (while omitting other doctrines concerning Christ) also implies an early date.  The simple church structure described in James supports its probable antiquity.  For example, bishops and deacons are not mentioned, only elders, who were part of the pre-church, Jewish structure.  James worked in like mind with the apostle Peter (Acts 1-8).  Like Peter, James eventually came off the scene.

​Church Replaced Israel - True or False?   Churches mixing with kingdom teaching that pertains to Israel is not new. Yet, many sincere Christians are ignorant as to the hidden danger when the two are mixed together.  Example:   The Church at Galatia was bewitched while the Church at Corinth was bewildered.  Therefore, it is vitally important that we understand the basic message of the Book of Acts.

The Book of Acts could well be called the Acts of the Holy Spirit.  But it is important to note the progress in experience as the book moves from Jewish ground to Church ground.
Acts 2:38 - Peter tells Jews to be baptized to receive the Holy Spirit.
Acts 8:14-15 - Peter prays for the Samaritans and lays hands on them, and they receive the gift of the Spirit.
Acts 10:44 - The Holy Spirit comes on the Gentiles when they believe, and Peter can only stand by in amazement and eventually steps aside altogether.

In chapters 1 through 7, we are definitely on Jewish ground.  Their ministry (the apostles) was to begin in Jerusalem.  Even when you get to chapter 8, you find the apostles courageously remaining in Jerusalem while others were fleeing.  Here are but a few of the many evidences in Acts 1 through 7 that though the church, the body of Christ began at Pentecost,  she did not enter into her New Testament role at Pentecost. Instead, we find that at that time (Day of Pentecost) the apostles ministry was specifically to the Jews (the nation Israel) and involved the message of the kingdom (Jesus Christ personally ruling and reigning hear on earth). 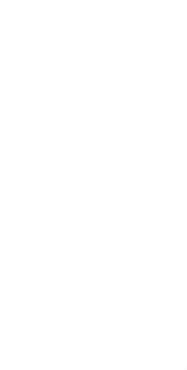 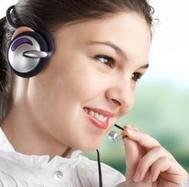