​​The Day of Pentecost - What Actually Happened?

Question #1:  The Day of Pentecost, what actually happened?   The day of Pentecost is a Jewish feast (See Leviticus 23:15-22). This particular Pentecost  (Acts 2) was a renewed hope in the literal kingdom on earth. The apostles expected it!

In Acts 1:6, the disciples asked Christ concerning the kingdom as to its conception. Christ did not rebuke them for asking this question concerning the kingdom. Actually, in Matthew 19:28, Christ had promised the apostles that they would sit on twelve thrones (a direct reference to the millennial kingdom where the apostles will judge Israel). Therefore, the apostles acted quickly to appoint another apostle to replace Judas (Acts 1:22), anticipating the return of Christ to restore the kingdom to Israel. The apostle Paul was not the apostle that replaced Judas. Paul's ministry was to the church and had to do with the Body of Christ, not the kingdom.

A renewed hope for the kingdom to begin was also evidenced on the day of Pentecost as seen in Peter's address. You will note that Peter did not address the Gentiles. He preached exclusively the gospel of the kingdom to the Jews.

What happened on Pentecost was God's introduction of the Kingdom to the Jews. They rejected this offer. Thus, God turned His efforts to evangelize the world through the Church/ the Body of Christ as noted in Acts 13.

Israel rejected the offer of the kingdom on three separate occasions:

Pentecost was an offer the Jews refused. God is not done with Israel (Romans 9,10). But for now, God is using the Church to bring the  Good News of Salvation  to the world. Israel will assume this role in the tribulation which will end with her acceptance of the Christ.

​Question #2: "Dear Dr. Arthur Belanger: In regards to a Q & A on your website-- The Question was:   Why did the 120 speak with tongues on the day of Pentecost?   Your answer was:

"In order that these unbelieving Jews might hear the Gospel and be saved, those 120 believers spoke with other tongues as the Spirit gave them utterance. Simply... they gave out the Gospel in 18 different languages. Paul tells us, Wherefore TONGUES ARE FOR A SIGN, NOT TO THEM THAT BELIEVE, BUT TO THEM THAT BELIEVE NOT (1 Corinthians. 14:22)."

Question #2 continued:  You can correct me if I'm wrong, but I have taught this Bible passage a different way--

However, in Acts 2:1-5 it tells of the Holy Ghost that filled them that were with one accord in one place. I have always thought that the "them" in Chapter 2 were the 11 Apostles (verse 13 says "others mocking said, These men are full of new wine). Notice it doesn't say anything about the "women" from which many Christians believe women also were speaking in tongues. I believe that the 120 (men and women) that were in the Upper Room were praying (but the Holy Ghost fell on men only in Acts, Chapter 2). Of course, we might not agree but we will not fall out over that matter.   Love in Christ, Bro. John"

Dear John...   You are correct in that woman did not speak in tongues on the Day of Pentecost.  As a matter of fact, there is no biblical record that women spoke in tongues. You will need to note Acts 1:15,16.  It is obvious that the 120 that Peter addressed were all men (vs.16a). Verses 15,16 are post events of verses 13,14 (the upper room fellowship with both men and women) where it would be highly unlikely that you will have 120 people in the same room... especially the upper room that may have not been structurally sound. It is clear that the men moved to another location. It is latter mentioned that they were in a house or a dwelling (Acts 2:2) when the Holy Ghost appeared. The events of Pentecost did not happen in the upper-room. It happened at a time shortly after their fellowship in the upper-room and latter on after the choosing of a replacement apostle which only included the attention and contribution of men.

We also see in Acts 2:8 that the hearers (unbelieving Jews) of the Word of God observed that it was all men who were speaking in tongues and in verse 13, the hearers refer to these men as being drunk. Obviously the text speaks for itself. There is not even the slightest implication that women were present with the men at the baptism of the Holy Spirit on the Day Of Pentecost. The text and episode leads us to believe that it was only men present and filled with the Holy Spirit.  I hope this helps. 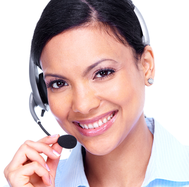