A male or female should not conduct nor conform their life in a manner that is opposite their sex.  This includes clothing.  If a woman or man is intentionally clothing themselves to appear as opposite of their sex and to adorn themselves with the intent to appeal in contrast to God's original design, "they are become an abomination unto the Lord."

How Christian women dress  their bodies must be governed by the Word of God.  I see no biblical prohibition against Christian women wearing pants.  That being said... Christian women should not adorn themselves with clothing styles and mannerisms that are seductive and provocative.  ​ 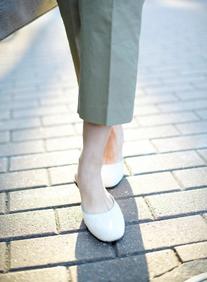 Does The Bible Prohibit Christian Women From Wearing Pants?

Deuteronomy 22:5 is a hallmark passage for many that suggest a prohibition to woman wearing pants.  The proper interpretation of this passage is to be taken literally.  The clear emphasis of this passage is a prohibition against transvestism which is a clear attempt to attack God's original design of creation of male and female. Transvestism is intimately associated with homosexuality.

However, a godly woman will dress in manner that is feminine without advertising her sexuality.  The emphasis with Deuteronomy 22:5 is that of honoring God's original design of male and female in both belief and behavior.