​​The Outcome for Christians is obvious.

The outcome of baker Jack Phillips’ fight at the Supreme Court could indicate how willing the justices are to carve out exceptions to anti-discrimination laws; that’s something the court has refused to do in the areas of race and sex. The result was hard to predict based on arguments in December. But however the justices rule, it won’t be their last word on the topic. Religious conservatives have gotten a big boost from the Trump administration, which has taken a more restrictive view of LGBT rights and intervened on their side in several cases, including Phillips’.  Jim Campbell of the Christian public interest law firm Alliance Defending Freedom (represented Jack Phillips) said cases pending will determine whether ‘people like Jack Phillips who believe marriage is the union of a man and a woman, that they too have a legitimate place in public life.

Christians must understand the relevance they have in public matters and therefore, should not underestimate the necessity and power of prayer: “I exhort therefore, that, first of all, supplications, prayers, intercessions, and giving of thanks, be made for all men; For kings, and for all that are in authority; that we may lead a quiet and peaceable life in all godliness and honesty. For this is good and acceptable in the sight of God our Saviour” (1 Tim 2:1).

​This article comes to us at a time  when Christians are encouraged to be diligent in their stance for the Gospel of Jesus Christ. The following is excerpted from “More LGBT Issues Loom as Justices Near Wedding Cake Decision,” Newsmax, May 27, 2018: “  Multiple lawsuits over LGBT rights are progressing through courts with lion like boldness,. And they will not stop regardless of the outcome in the U.S. Supreme Court’s highly anticipated decision in the case of a Colorado baker who boldly refused to create a wedding cake for a same-sex couple. Courts are engaged in two broad types of cases on this issue, weighing whether sex discrimination laws apply to LGBT people and also whether businesses can assert religious objections to avoid complying with anti-discrimination measures in serving customers, hiring and firing employees, providing health care and placing children with foster or adoptive parents. 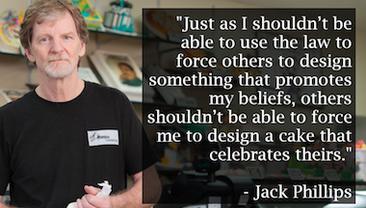