Soul Sleep - Heretical or Biblical?  The Following Question Comes From Mr. Ripton in Ohio,  "I have never heard of the heresy of soul sleep before. But I have always been a bit confused about what Paul wrote in 1 Corinthians 15:52, "In a moment, in the twinkling of an eye, at the last trump: for the trumpet shall sound, and the dead shall be raised incorruptible, and we shall be changed."   I've always believed the souls of the sleeping saints are with Him in His glory. Why then does the corruptible body, the dead body need to be raised? Those of His elect (living at the time of His coming) will be gathered from the four corners and be changed I can understand. Aren't the dead already changed? I appreciate your advice. Thank You.. Mr. Ripton"

Dear Mr. Ripton, The dead in Christ are in heaven with Christ as noted in 2 Corinthians 5:8 We are confident, I say, and willing rather to be absent from the body, and to be present with the Lord.

Soul sleep is the belief that the souls of the dead are unconscious until the Second Coming Of Christ.

When the Bible speaks of the death of a saint as being "sleep" it is speaking of their BODY, not their soul.  In the Old Testament the saints were not in an unconscious state while in the "paradise" section of the underworld. In Luke 16:22-31 Abraham was fully alert.   Also, Paul said, "For I am in a strait betwixt two, having a desire to depart, and to be with Christ; which is far better."

In II Corinthians 5:8 Paul said, "We are confident, I say, and willing rather to be absent from the body, and to be present with the Lord."

Then in Revelation 6:10 the souls of some martyrs cry out and ask God, "...How long, O Lord, holy and true, dost thou not judge and avenge our blood on them that dwell on the earth?"

The bodies of those who died in Christ are left here in a state of sleep. It is when Christ raptures the Church that each body will be united with their soul (1 Thessalonians. 4:13,18). Death and the grave has lost it's victory (1 Corinthians. 15:54b-55). The gospel of Christ is the provision of the defeat of death and the grave.

When a Christian dies (before the rapture), they are immediately in the presence of Christ. Death has lost it's sting. When Christ returns, our bodies will rise incorruptible. The grave and death are DEAD.   Biblicaly speaking, soul sleep is heresy. 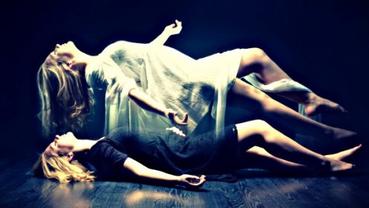