The signs that point to the second coming will come into full fruition during the Great Tribulation, a period of seven years that will commence off the heels of the rapture and conclude with Christ visible and physical return on earth.

There will be very direct signs during the seven year Tribulation that will make it obvious that Christ is Coming.  However, there are no signs for the Rapture.  This is important to understand.  The Rapture applies to the Church and not Israel.  The Church does not conduct her affairs on earth by signs and wonders.  We do not live by sight; but faith, which cometh by hearing and not seeing (2 Corinthians 5:7).  The Rapture of the Church is imminent, it could happen now. 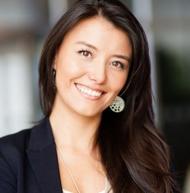 ​​The Bible leaves no room or justification for predicting the Second Coming of Christ.  We just don't know when He will come.  However, there are indications that suggest Christ's return to restore Israel and establish His millennial reign may be in the very near future.  These are:

The rapid physical decline of the world via:  war, earth quakes, and potential human annihilation of which all will require Christ's return before these events run their determined course and bring the world to an end.

While it is true, that many awful things are happening even in our day, they do not compare to the awful things that will happen during the Great Tribulation (Matthew 24:21).