Hymn History:  Amazing Grace    Imagine with me back to the year 1746. A ship is docking on the coast of West Africa. Its purpose is to snatch unsuspecting people and sell them as slaves in the far off countries. The captain of this ship is known far and wide for his debauchery, vulgarity and blasphemy. But one day in 1748, while reading the book "The Imitation of Christ" by Thomas a Kempis, our captain comes face to face with his sin and turns his life over to Jesus, the Savior of sinners. Our captain is John Newton. After his conversion and dedication to Christ, he became a pastor and hymn writer. His most famous of hymns, "Amazing Grace", is a testimonial of his conversion to Christ.

This is probably the most popular hymn in the English language. A television documentary was even made about it. Perhaps it is because its words so well describe the author: John Newton was a slave trader before coming to Christ. It was sung at the funeral of American president Ronald Reagan.​

​​Amazing grace! How sweet the sound,
That saved a wretch like me!
I once was lost, but now am found,
Was blind, but now I see.

'Twas grace that taught my heart to fear,
And grace my fears relieved;
How precious did that grace appear
The hour I first believed.

Thru many dangers, toils and snares,
I have already come;
'Tis grace hath brought me safe thus far,
And grace will lead me home.

When we've been there ten thousand years,
Bright shining as the sun,
We've no less days to sing God's praise
Then when we'd first begun. 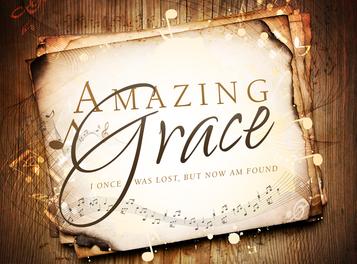