Feminism vs. God.   Feminism is deliberately formed to redefine reality for the sake of control (Genesis. 3:1,6). It is determined not to fail in doing so. The deception that motivates feminism is that women must control their environment if they are to control their marketability for independence. To succeed in this vain purpose, feminism determines to render God inoperative and meaningless.  More and more, we are seeing this aggressive foolishness welcomed in churches throughout America in the name of tolerant religion.   Feminism as seen in historical and practical application is entrenched witchcraft and rebellion against God!

Feminism undermines the will of God for the home and the relationship God has ordained between man and woman.   The Feminist movement which began in the Garden of Eden has NEVER provided a positive and beneficial result in society. Actually, the opposite is all this movement can boast. Feminism is the baby of humanism. 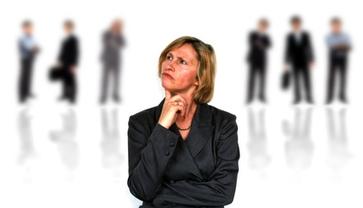 ​​Feminism is not to be equated with women's rights. Every woman is entitled to her God provided rights. Feminism has never aided in women's rights. Feminism prides itself on destruction (this is a fact). Note Planned Parent Hood, the NOW organization, the NEA, etc. all of which are contrary to Biblical principles and support the deforming of society. The facts speak for themselves... feminism is Satan's sweetheart.

A feminists is obstinate and despises authority. She has a disposition against the biblical emphasis of a woman OBEYING a man. To the feminist, submission means inferior and a husbands leadership is viewed as dictatorship.   Not with the godly and virtuous woman, she is wise and rejects selfish thinking.   She sets her affection upon God with the Bible as her lamp unto her feet and a light unto her path.   She acknowledges that submitting to her husband is absolutely essential if she is to please God.   She understands that she is not a second class citizen, but rather is the "weaker vessel" according to the Bible.  She uses her weakness as a God given talent and ability to bless her husband.  She knows that her husband is destitute without her and will not use that knowledge to her advantage but for the welfare of her husband and family. There is NO greater calling in the world than for a wife to be a HELP MEET.  The godly women is not less than her husband... she chooses to be less of herself for her husband.

Disclaimer:  Google advertising promoting heretical teachings is not endorsed by this website.
Please be patient with us as we work to remove these ads. Thank You.