Jesus fully met the character and role requirements of the Messiah. The Jews were very thoughtful with the Old Testament prophecies that spoke of the Messiah's blessings to their nation in a glorious and kingly way. They did not always give fervent attention to the prophecies saying that He would bring salvation to the entire world. Yet, the four gospels reveal what the O.T. was addressing:   that Christ had come to save all who believe.

Jesus is the fulfillment of the messianic promise of Isaiah 11:1. As the bright and morning star (Revelation 22:16),  Christ will usher in the new age of the messianic kingdom.  The deeds of Christ are observable and unforgettable ones.

Jesus is not theory, He is God's theology. Christ the Messiah is not fictional, He is factual. The Christ is coming again, not as a Lamb this time... but as the Lion, King of kings and Lord of lords. Amen! 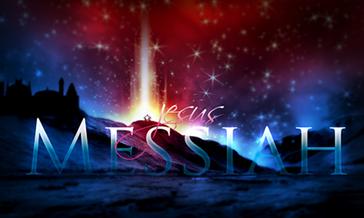 The title Christ and Messiah leterally mean "Anointed One." Isaiah 53;1,12 shows Jesus as the suffering servant Messiah. Who amongst the Jews would believe that God would choose to save the world through a humble, suffering servant rather than a glorious King?  Jesus Christ first came as a total contrast to this world of pride and worldly methods. Often, God works in ways we would never expect.   The Messiah's glory is revealed by His humility, suffering, grace and truth.

Jesus Christ the Messiah fulfilled the Old Testament Sacrificial system. The people under Isaiah's influence and day we're blessed to have the curtain of time and future opened for their eyes to see the suffering of the Messiah and the resulting work of redemption.