The upcoming election of 2020 for the U.S. presidency should be of great concern for all Americans.   Is there a legitimate case to be made and understood to reelect President Donald J. Trump?  Yes!  While many Christians and conservatives are presupposed to reelect Trump in 2020;  many Americans remain uncertain and perhaps unwilling to support Trump.  Love or hate Trump, there is durable reason to reelect him in 2020.  The case for Trump is compelling enough to even persuade liberals and independents to participate in Trump's reelection.  ​​

Disclaimer:  Google advertising for opposing views and presidential candidates in opposition to President Donald J. Trump are not endorsed by this website.  Please be patient with us as we work to remove these ads. Thank You.

The case to reelect Trump is bolstered by America's commonality and common sense. Let's not underestimate nor insult the sound and prudent judgment of the American electorate. Consider the case for Trump 2020 reelection: 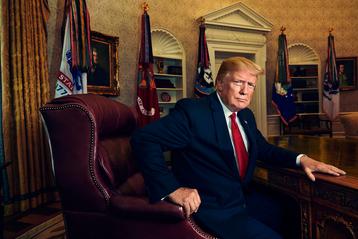