Becoming A Reprobate - Who?  ​The term reprobate is a word that means or expresses rejected.   Rejection implies worthlessness, or, without the possibility or potential for constructive or transformable change or usefulness.

This is indicative of Romans 1:28. These people were so sinful, they cherished their hostility towards God that they refused to retain God in their knowledge, and so God gave them what they wanted.

The two-fold power of sin:  the nature of sin and the nurturing of sin will and can only produce a reprobate (worthless) mind. Something that is worthless is abandoned. There are numerous examples throughout scripture where people became reprobates and were thus, abandoned from any hope of salvation (Genesis 19:24; Luke 10:11; etc.). This will be especially notable during the Great Tribulation. 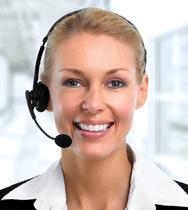 Now, the question is, can a Christian become reprobate? The answer is NO!    Why?     The Christian is a new creature in and by Christ. The difference between a Christian and a sinner is seen in that a sinner is dead in sin while a believer is dead to sin. Not only is a Christian saved from the penalty of sin (God's wrath), they are being saved from the power of sin. Yes, Christians are not without sin (1 John 1:8). But neither are we without the power to over-come sin and resist the devil (Rom 6:9,14; James 4:7).  A Christian will never be of the mind where they cherish and nurture hostility towards God. This is impossible.

The reprobate on the other hand wants nothing to do with God and godliness (Romans 1:28). Instead of living holy and bringing forth good works, their lifestyle is obviously different from the Christian.  There is unquestionably a great gulf fixed between the reprobate and the born-again believer, so much so, that the two can never be one.

It is very encouraging to know that a believer will never experience the potential of being a reprobate or considered worthless by God (John 6:37). The Lord knoweth His own, and we can have this confidence, that we will never be reprobated. Glory to God in the highest!