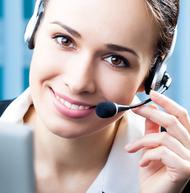 What GOD Hated About Racial Slavery?

​​The destruction God poured out on Egypt demonstrates how God felt about racial slavery (Exodus 7-11). So, yes, while God allowed slavery, He was sorely displeased with racial slavery.

Slavery is well and alive even in America today. Most Americans are enslaved to a pattern of life that requires their loyalty to a cruel master called the love of money. The results are tragic with the home being the primary victim. You will find that most Christians are over-extended financially. This form of slavery is very much felt in churches. The harsh reality is that many believers are not loyal to the Lord Jesus Christ. It is not that they don't want to be... It is because they have not learned to shake off the manipulating influence of worldly ideals that only strengthens its grip. You will find in both biblical records and history, that once a slave, always a slave.

The only true liberty is realized in the power of the Blood of Jesus Christ. This reality enables only Christians the ability to choose who will be their master.

Quote:
Matthew 6:24 -  No man can serve two masters: for either he will hate the one, and love the other; or else he will hold to the one, and despise the other. Ye cannot serve God and mammon.

Biblical Truth About Slavery.   The Bible does not specifically condemn the reality of slavery.  It even  gives guide lines on how slaves should be provided for (Deuteronomy 15:12-15;Ephesians 6:9; Colossians 4:1).

Some may feel that the Bible is tolerant of all forms of slavery. What many people don't know is that slavery in the Bible times is completely different from the slavery that was practiced around the world in the 1700's and 1800's.

Slavery in the Bible was not based on race for the most part. People were not enslaved because of their nationality or the color of their skin. In Bible times, slavery was more of a social necessity.  People sold themselves as slaves when they could not pay their debts or provide for their family.

In New Testament times, there were the educated, skilled, and talented people like lawyers, even politicians were slaves of someone else for one reason or another. Some people actually chose to be slaves so as to have all their needs provided for by their master.

The slavery of the 1700's and 1800's was based on skin color. Black people were considered slaves because of their nationality.  Most slave owners truly believed black people to be inferior human beings when compared to white people. This is similar to the slavery the Jews experienced when they were in Egypt. The Jews were slaves, not by choice, but because they were Jews (Exodus 13:14).