Faith or Fleeces.  The Lord commanded Gideon to save Israel from the hand of the Midianites (Judges. 6:14). Gideon was in a state of doubt concerning God's divine call, thus, he asked God for two signs of confirmation. In the first, Gideon asked God to make a dry fleece of wool damp while the earth around it stayed dry. In the second, Gideon asked for the fleece of wool to remain dry while the earth around it became wet.

God mercifully answered Gideon’s “fleeces,” yet, there are biblical patterns to believe it is dangerous to follow this example today in discerning God’s will:

1. This is the only recording in the Bible where we read about “throwing out a fleece” to discern God’s will, and it is in the book of Judges in the midst of apostasy and spiritual weakness and confusion. Actually, there are many strange things recorded in Judges, but that does not mean that we should follow all of them. Consider, for example, the foolish vow of Jephthah (Judges. 11:30-31).

2. God already spoke decisively to Gideon (Judges. 6:14), and Gideon should have responded in faith. It is God’s will that we walk by faith in His Word and not by signs. 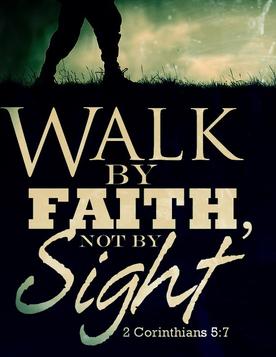 “But he answered and said unto them, An evil and adulterous generation seeketh after a sign; and there shall no sign be given to it, but the sign of the prophet Jonas” (Mat. 12:39).

​The Israelites were accustomed to miracles as a means of validation. So it is not unusual to see miracles employed by Jesus and the apostles as God did with Gideon.. Biblically recorded miracles were always exacted in the presence of Israelites for Israel... this is a matter biblical record.

With Israel, the Holy Spirit always used miracles, signs and wonders. This is distinctly realized throughout the Old Testament and in paticular in the book of Acts where we observe the Holy Spirit working outwardly with signs. In his address at Pentecost, Peter spoke with outward evidences of the Holy Spirit to a Jewish audience (see Acts 2:1-4).

​​Should Christians seek matters of God's will and call apart from faith alone in order to validate God's will?   When we rightly divide the word of truth,  it is clear that Believers are to depend exclusively on the Word of God as influenced by the Holy Spirit.  Faith in Christ does not come by or is even nurtured by seeing miracles... it is by hearing (Romans 10:17).  We are in possession of all that is necessary for faith in Christ Jesus... namely, the Word of God (Matthew 4:4). Seeing a miracle would not and could not make God's will any more real or discerning to us than what is revealed in the Word of God.​

Christians are identified as being in the body of Christ... a heavenly body. Thus, we do not live by sight nor influenced by signs and wonders... we live by faith.   Trusting the Word of God accepts the fact that there are no other reserves to draw upon.   All other means apart from the stern and sure admonition of God's Word will only leave us unpredictable, discontented and irrational.   We are afforded God's demand to reject any and all substitutes for the Word of God.  The Holy Spirit will never make this a matter of debate.  God's Word and our obedience to it is the only pattern to knowing and exacting God's will (Eccl. 12:13).