The only exception is when government demands a believer to do or participate in something that the word of God forbids. The apostles and their disciples were great examples in this regard  (Acts 4:19-20; 5:29).

One of the many dangers for Christians are political leaders who seduce or demand that we put our faith, hope, and trust in government (Daniel 3). Daniel and his contemporaries were placed under this futile and fatal demand.  However, For Daniel (Daniel 6:10), nothing was more conspicuous about him than his hope in God and not government.   Daniel's God through hope swayed his intellect, enriched his emotions and filled and enlarged his heart. And all this was so because Daniel was preeminently a man of hope in God.

Daniel's consecration stood out distinctly like a towering mountain peak. Why is this?  How did he ascend to these heights?  What brought him so near to God and so hated by his enemies?  What made him so Christ-like?   The answer is easy: the power of hope!  Thus, he prayed much, he prayed strong. He asked, he sought, and he knocked and there was God.  Christians of hope always acknowledge Christ as preeminent, even in the face of persecution.

May God provide the nations of the world that are weighted down by corrupt and ungodly leaders with revived churches. There is no other hope and there need not be. Jesus IS the only hope for the world (John 3:16).

​​​When Is It Right To Disobey Government?
Since the beginning of the Church age, Christians have been subjected to corrupt and ungodly government rule.  Yet, the Bible tells us that government or higher powers are ordained of God.  The Lord willed that government would and should be used to protect life and punish evil doers (Rom 13: 1,5).  But when a government is corrupt and hostile towards God's people, are we to obey them?  The answer is Yes & No.

Yes,  we are to obey  government rule when it is exercising authority for the good and well being of society.  However, what government deems good for society may in actuality be unfortunate for society.  Knowing the Word of God will help a Christian to know the difference and how to respond.

The two-fold principles for obedience to government are: 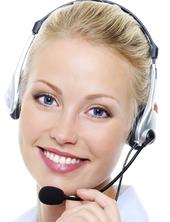 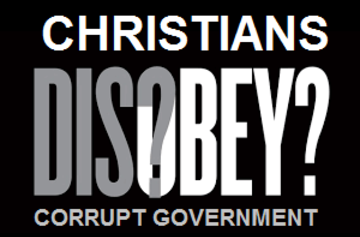