Bible vs. Experiences - Getting It Right.
Example:   There are those who demand that speaking in tongues is evidence of one's salvation solely because Paul stated: ‘I would that ye all spake with tongues’ (1 Cor. 14:5).  The apostle Paul under the inspiration of the Holy Spirit was clarifying the role and manner of spiritual gifts.  He was not suggesting or even demanding that all did speak with tongues or that all should or could speak with tongues.  The context clearly shows Paul's intent to explain the proper use and exercise of spiritual gifts.  In 1 Corinthians 7:7, Paul exacts the same intent to clarify the gift of celibacy.  He said:  "For I would that all men were even as I myself..."  Obviously, Paul is not suggesting or demanding that all Christians should  be celibate or remain unmarried.  The point is this:  One should be sure that what ever their experiences that they would suggest or demand of others should first be brought under the principal of rightly dividing the word of truth which always brings clarity to the context and intent of scripture and diminishes confusion.

Not to rightly divide God's Word will leave Christians divided. There are many false approaches to biblical application due to ignoring the comparing of scripture with scripture. Unfortunately, the examples are many:   i.e.: the Church in Galatia was bewitched and the Church in Corinth was bewildered and the Church in Thyatira was beguiled. In fact, the ignoring of rightly dividing the word of truth  has resulted in admiration of ideology over theology.   It is foolish to think that Christians can be spiritually directed apart from being scripturally correct.  Rightly dividing the word is the ingredient of Believers who are indeed spiritual, fruitful, and effective. 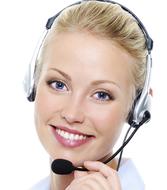 ​​​Bible or Experiences.  You Have To Choose.

Christians understand that the Bible is the very inspired word of God.  Yet, m any remain woefully instructed as to the principle of rightly dividing the word of truth.  Thus, many believers unknowingly choose and place their experiences (of what ever sort) as equal or greater than the authority of scripture.

Many Christians often make their experiences (of what ever sort) the authority on governing their spirituality and their judgment of other Christians who do not have or had the same experiences. The apostle Paul dealt sternly with this matter in the Corinthian Church (1 Corinthians 7:7; 14:5).  More specifically, Paul clarifies the application of celibacy and speaking in tongues.  There are many who would suggest that either is required as evidence of one's salvation or spirituality.

​The Devil's ultimate desire is to bring doubt to the reliability of God's Word by a provocative ongoing effort to mandate and produce justification that one's experiences is equal to or greater than the authority of God's Word. This often happens when Christians ignore the principal of rightly dividing the word of truth... also known as: COMPARING SCRIPTURE WITH SCRIPTURE.  Thus, confusion is severely entrenched in the mind of many believers.